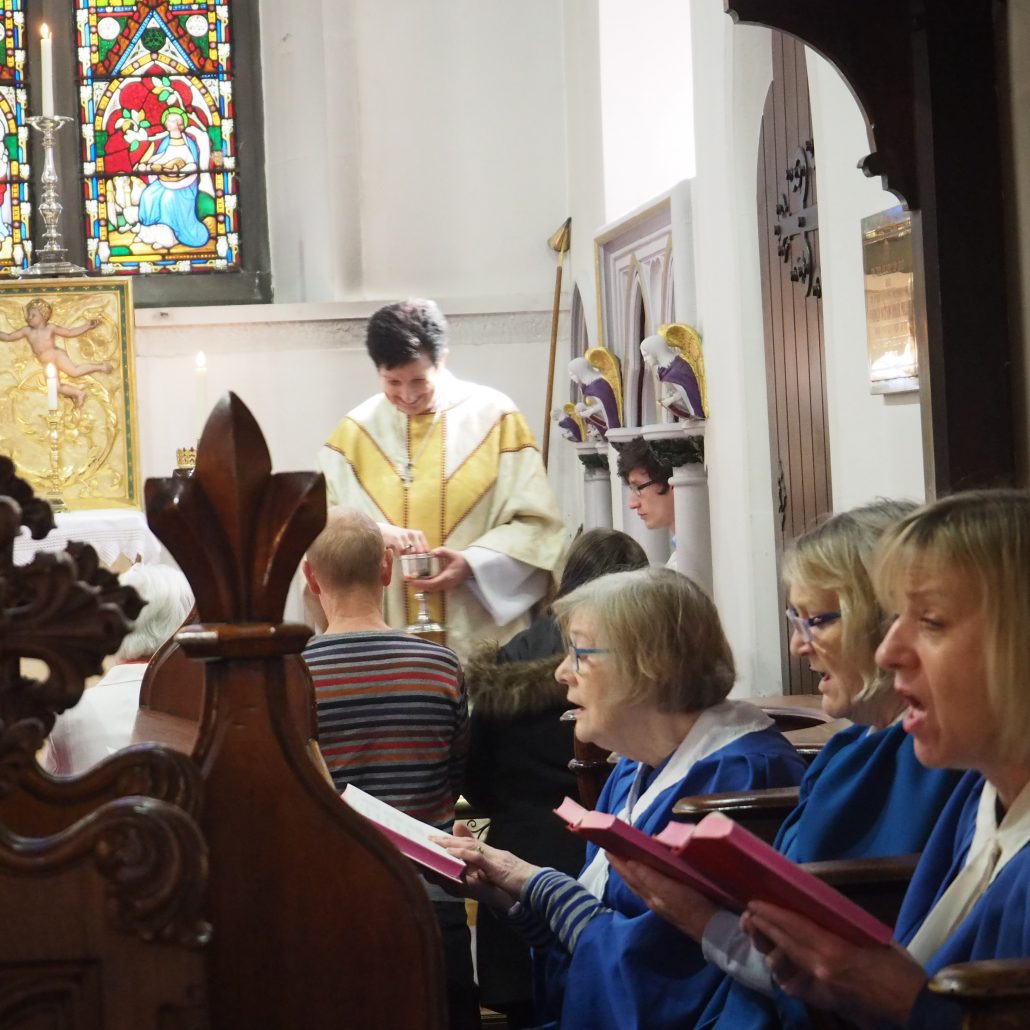 – Since liturgical reform, “Sung Eucharist” usually uses modern diatonic ‘chant’ forms and usually more liturgical elements are said, with only a few being chanted: usually the Agnus Dei, Gloria (which is moved to the front of the service) and the Lord’s Prayer. It’s relatively rare nowadays to chant the Psalm and the Credo, and it’s vanishingly rare to hear either English Plainsong or Anglican chant. Also in modern services, the gradual hymn is often replaced by a gospel acclamation.